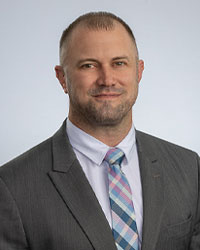 Areas Of Practice – 100% of Practice Devoted to Family Law

Brian J. Hart is an experienced litigation and trial attorney who devotes 100% of his practice exclusively to marital and family law.

He earned a Bachelor of Science degree in Criminal Justice from the University of Cincinnati and a Juris Doctor degree from Florida Coastal School of Law. In law school, Brian served on the Moot Court Honor Board, as Executive Director of the Pro Bono Program, and as President of the Military Law Society. He is licensed by The Florida Bar and admitted to practice in the United States District Court for the Middle District of Florida.

Brian proudly served eight years in the United States Army including multiple tours in Iraq and Afghanistan. Brian earned a Bronze Star for his service in Iraq from November 2004–November 2005.